Electronic evidence of authorship with link

With the spread of the Internet, a vast grey area has formed, since digital content is so simple to copy and paste. Although two modern directives (The Digital Millennium Copyright Act and the EU Copyright Directive) have improved the situation in relation to authorship, there are still very few tools available for automatically tracking copyright infringement.

Currently, people can not always prove the connection between themselves and their creations. However, with blockchain, the author can create this evidence in just 3 clicks for cents and transfer the rights via a token, signing the transaction with their private key. The token contains a timestamped copyright registration, which can serve as proof of authenticity. This is the most straightforward and most evident example of the tokenization of digital assets.

This breakthrough system can make copyright registration easier, more convenient, transparent, and far cheaper. On top of that, another feature of blockchain is that it is impossible to delete the registered work even if it is a matter of censorship.

By making it easier to access copyrighted content legally, blockchain can suppress copyright violations. Moreover, blockchain allows you to create continuously updated metadata that makes it easier to reward copyright holders. This also fits perfectly with the European Directive that every author is entitled to royalties. Authors can benefit from transparency and the ability to track the use of their work that can lead to increased revenue due to a reduction in intermediaries: no third party, just the author and the person who used their work.

Often the media and authors think, what's wrong with my content being used? After all, this means more coverage! But this coverage won't help the media business because it doesn't lead to a media site link. One more thing to mention, copyright also prohibits the processing of other people's works without permission. It often happens that when someone takes your work, they can change the facts beyond recognition and replace them with exactly the opposite.

Just a few examples of what can happen if someone takes your work without permission:

Presumption of Authorship and the Problems it Brings

The presumption of authorship is a legal concept. It means that the author is the one listed as the author of the work unless the court has established otherwise. To comply with the legal requirements, it is enough to indicate the author's first and last name on an article, the cover of a book, or at the bottom of a site.

All this led to the establishment of a whole industry of ghostwriters – people who write texts instead of a public person and subsequently renounce ownership of the material. This means that the owner can change and reissue the work any way they want.

Blockchain services suffer from the fact that they do not check with authors before uploading, using the presumption of authorship. According to law, this is true. In fact, it creates a huge field for violations. In the absolute majority of the 3-4 generations of blockchain services, that can store metadata and use blockchain apostille as a base, you can upload any text found on the Internet and get a certificate in your name.

At SharpShark, we decided to take a difficult path. The peculiarity of SharpShark is that our service checks the content for uniqueness before uploading and does not allow any material that is already available on the Internet. Yes, this has its flaws – authors won't be able to publish their works retroactively. We understand that we can lose some great authors with fantastic material. But this feature will protect other authors with fresh content as much as possible. We use Symbol in the core, the 4th generation Blockchain technology, which is suited perfectly for intellectual property.

There are many content projects on blockchain because content is a reliable way to fill the blockchain with transactions. The most popular project remains Steemit, which presented the concept of awards for authors in tokens.

Steemit values unique content: the higher its quality is, the higher the user's reward is. You can earn money by posting and curating (voting and commenting on other users' posts). As everything in life, Steemit has both a good and a bad side.

Good: When there was not yet much content, and it was of high quality, the authors got high rewards. Bad: Good news spreads fast. When other authors heard about the opportunity to get good money quickly, many of them started to use cheap and not unique content that ruined the system. And as a result, the network has fewer readers, fewer rewards, fewer good authors, and less network value.

We in SharpShark first saw the idea of monitoring violations on Steemit. Thanks to Anyx, a user who developed the bot specializing in monitoring content. Anyx, if you're reading this, we didn't use a single line of your code, and we really want you to join the team!

There were more services inspired by Steemit but none ever reached the same level. For example, civil and po.et. They both offered journalists and authors tokens in return for posting content on their pages.. But the problem was that good authors needed good money. The services didn't have enough resources to attract a significant quantity of good authors.

Blockchain as an evidence

“California has its legislation for Blockchain technology. It shows Blockchain as a distributed registry technology that uses a distributed, decentralized, and shared registry. It can be public or private, with access rights management or open, with or without a tokenized crypto economy. Data in the record is protected using cryptography, it is immutable, auditable, and provides total authenticity”  – resuming Vladimir Popov, who, with his company Synergis, provides SharpShark with a legal base. 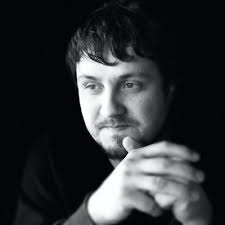 – Between 2021-2025, data from blockchain systems will be used as evidence in all developed judicial systems: both at a national and international level, – says Popov.

In SharpShark we’re creating a use case of interaction between EUCD, DMCA and authorship evidence based on Blockchain. Stay tuned.

Date of publication in NEM2.0 blockchain

The artwork reproducing is being monitored by AI 24/7: please, refer its source and author when quoting